The so-called Sense-Think-Act paradigm is considered as the operative definition of a (mobile) robot. A special aspect of the mobile robot is the robot’s interaction with its changeable and variable, often unknown and unstructured surroundings. This must be captured with the appropriate sensor technology and equipped with suitable algorithms of semantic significance (Sense). For completely autonomous systems, state-of-the-art artificial intelligence techniques are of significance (Think), for example for self-localization, navigation and action planning. For movement in the most diverse of surroundings the most diverse drive technology is necessary and the manipulation of the environment often demands highly redundant kinematics with a suitably complex control (Act). From this it becomes clear that mobile robotics is a multi-disciplinary research area and would hence benefit from the use of virtual test beds. Another essential aspect in the process is that the virtual test bed offers a simulation of the interaction of the digital prototype with its environment. Just as the Sense-Think-Act paradigm orientates itself on the human being, the “thinking process” of the robot should also orientate itself on the human being. The human being constructs a “mental model” on the basis of his perception and experiences, by means of which he/she is in a position to reason a variety of alternative courses of action, i.e. also in a position to envisage the consequences resulting from his/her course of action. Research in the area of simulation-based reasoning is designed to contribute towards transferring this skill to the robot. For this to take place, it must be possible to depict the complete Sense-Think-Act cycle in the simulation. The original think process must be expanded around the simulation (Think becomes simulate), so that the robot can simulate different courses of action (consequences of actions) and then by means of a predefined performance rating function can select the optimal course of action and implement it. For this, a virtual model of the robot and its surroundings are necessary, analogous to the mental model of the human being. When it comes to model predictive control (MPC), a dynamic model of the system to be regulated is used in order to be in a position to predict the reaction of the system to various different input signals. Thereby the input signals can be determined optimally within the framework of the selected time horizon. MPC is normally implemented to regulate procedural processes. With the deployment of realistic virtual worlds as mental models, MPC can be expanded to simulation-based action planning. In the process the model comprising of a robot and its surroundings makes great demands on 3D simulation technology, which can best be fulfilled with techniques from virtual test beds. Ideally synergy effects will come about if a virtual test bed for the development of the robot had already been deployed and this model can subsequently be deployed in the operative phase as a mental model. This mental model should not only be able to facilitate control, but also action planning and thereby enable a discernible boost to the autonomy of mobile robots.
(Extracted from the following dissertation from the University of Aachen on the subject of inter-domain modelling and simulation as the basis of virtual test beds: [Rast, Malte: “Domänenübergreifende Modellierung und Simulation als Grundlage für Virtuelle Testbeds”, Dissertation, RWTH Aachen University, 2014, ISBN 987-3-86359-283-7]) 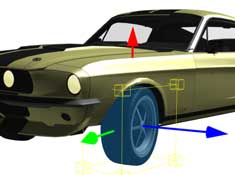 When it comes to simulation algorithms, the simulation of the dynamic behavior of the mechanical... 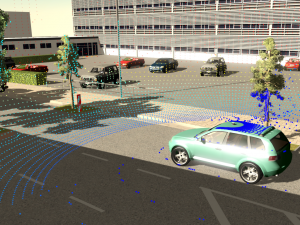 Virtual test beds provide the foundations for the realization of new crystallization points for the...

Intelligent man and machine interfaces represent the key technologies for applications in service robotics, in...

The objective of innovations in eRobotics is to provide a comprehensive software environment for the... 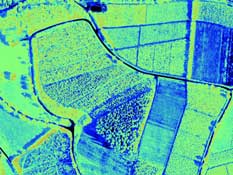 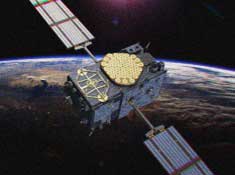 Almost all eRobotics techniques are based on the implementation of 3D simulation technology. The basis...

3D simulation of forestry machines facilitates training that is efficient and free from danger, e.g.... 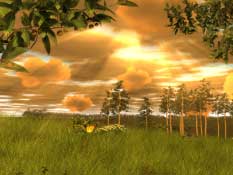 With the Virtual Forest, the era of the proverbial “you can’t see the wood for... 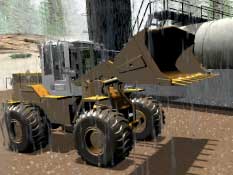 When it comes to the construction machine simulator, the realistic simulations of the machines themselves,... 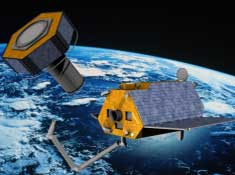 Life without satellites has become inconceivable in this day and age. Whether it is used... 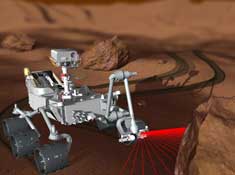 Robots are indispensable to planetary exploration and in the exploration of our solar system. 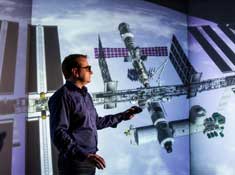 With its virtual International Space Station, MMI has developed a comprehensive, accessible and interactive... 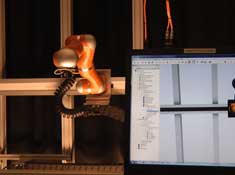 “Simulation-based control” techniques in the context of 3D simulation technology enable the design and testing... 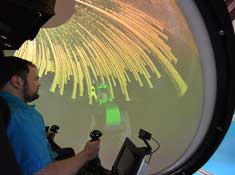 In the case of virtual reality applications the (audio)-visual feedback of the simulation takes often... 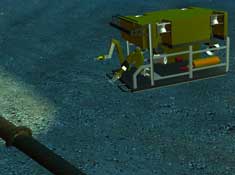 The development and operation of autonomous underwater vehicles (AUV) is a complex, dangerous and expensive...

In 2007 storm Kyrill unleashed its wrath on Europe. In the German state of North... 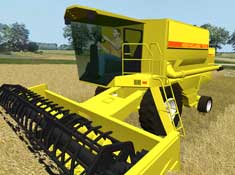 In the case of the combine harvester simulation, aside from realistic simulation of the machines,... 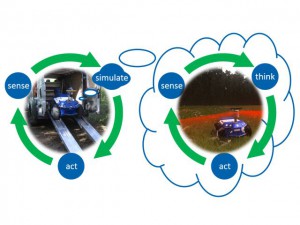 The so-called Sense-Think-Act paradigm is considered as the operative definition of a (mobile) robot. A... 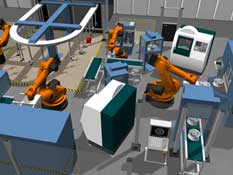 "Virtual Commissioning" aims at the setup and initial programming of complex automation systems based on...